Dr. Angeles applies quantitative research methods to understand the political causes and consequences of income inequality, especially at the high-end of the income ladder, as well as the consequences of parties’ economic policies. Renira C. Angeles recently published the article, “The Politics of Top Executive Compensation in Advanced Democracies,” in Sociology Compass. In 2018, Dr. Angeles led a project on technology, inequality and education in the Norwegian Board of Technology, providing policy advice to the Norwegian Parliament.

We asked Dr. Angeles for an extended abstract of their Politics and Inequality conference paper and, via email, some questions about their research.

The incredible rise of executive pay has received a lot of scholarly interest. Since the 1970s, generous bonus rewards for top executives have appeared more frequently. This trend has been more widespread in some democracies more than others. This paper asks, Why do some advanced democracies experience growth average CEO pay levels more so than others? We argue that a crucial problem in moderating these increases is the heterogeneity among top managers. In particular, inequality among top managers’ pay makes redistributive institutions, more so than other institutions, better suited to deal with rising pay. To empirically test our argument, we use a novel data set on executive pay across 17 OECD countries. We compare the effect of different institutional factors: corporate and personal income taxation, the unions’ bargaining power, and regulative attempts. We find that redistributive institutions of personal income tax and unions’ bargaining power is effective in moderating high labour wages, especially for very large firms as measured by their stock market value.

The research you presented at the Politics and Inequality conference was a co-authored paper (with Achim Kemmerling) on cross-national variation in the pay of top managers. How did you get interested in this topic? And how is this topic connected to other research that you are doing?

I’m interested in the multidimensionality of inequality and the different implications it has for democracies. I got interested in assessing CEO pay and inequality during my MA studies where I examined the politics of CEO pay in the largest Norwegian state-owned companies.  Looking into CEO pay does not tell us the whole story on the politics of inequality, but it can tell us a good deal about the economic fortunes of the working poor. Although we have firm research in redistributive politics, and theories of institutions and income inequality, we need specific theories that can tell us why average CEO pay differs across industrialized economies.

Further, I was interested in looking across Europe where redistributive institutions and policies in general exist to a greater extent than, say, the US.  This paper assesses the political causes of CEO pay, but that is just half of the story. My interest into this topic also evolved from the thought of the possible policy feedback that generous bonus schemes can generate. 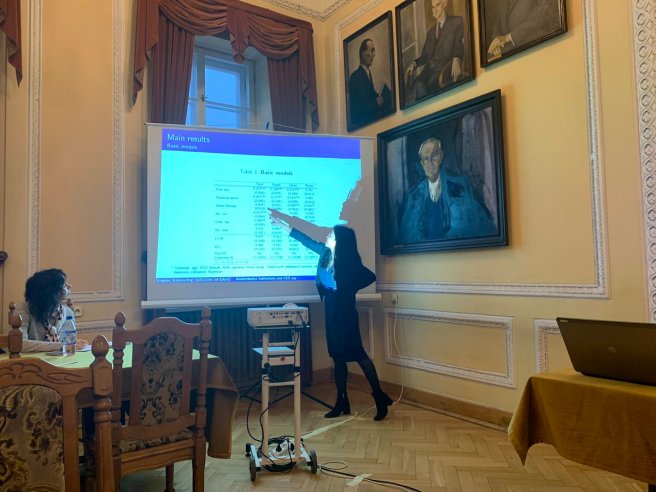 In this paper, you use an original dataset. Please briefly describe these data and why they are well-suited for your research.

The data is collected from annual reports of firms. There are executive characteristics as well as industry and firm characteristics. It is well suited to my mission to assess redistributive institutions and policies because it is a record of the economic fortunes of top managers who – because money is a political resource – can also be significant political actors.

What surprised you most about your research on this topic?

I was surprised at how different redistributive institutions and policies are differently connected to pay. Perhaps most surprising is that we found a weak moderation effect of trade unions.

Imagine that you only have a minute or two to tell someone about your paper. What is the main message of your paper that you want people to remember?

Redistributive institutions and policies matter for CEO pay, but it is tax policies, rather than trade unions – along with anti-trust policies and investor protections — that matter most.

What’s the next step for your research?

There are currently three directions. One is looking further into how parties’ economic and financial policies influence CEO pay. The two other directions look at the political consequences. So, one paper project I am working on now is examining the relationship between party financing and CEO pay. I also want to examine further the relationship between voting behavior and CEO pay. I’m interested to see varieties on how these frequent and ongoing newspaper headlines on CEO pay affect voters’ belief that their voice matters.

Please list three of your recent favorite articles or books in the field of politics and inequality, and why you chose them.

“Does Financialization Increase Inequality in Post-Industrial Political Economies?” by Evelyne Huber, Petrova Bilyana, and John D Stephens. The article was presented at a Glasgow conference. It is a cross-national analysis on how different aspects of financialization affect different income levels. I really enjoyed this one because it is one of the first attempts to (1) assess what aspects of financialization matters to income groups (e.g. household debts versus shareholder governance) and (2) assess the strength of relationship between these policies and income groups.  This is information that tells us something about the leverage of voters and political elites in financial politics.

A second one I have to mention is “The Wealth Elasticity of Political Contributions by the Forbes 400” by Bonica and Rosenthal (2018). It is related to their 2013 paper together with McCarty and Poole; Why hasn’t democracy slowed rising inequality?  The paper is an empirical study that finds a significantly high elasticity between wealth and political contribution in the US.

Also, Martin Höpner and Achim Goerres’ 2014 paper, “Polarizers or Landscape Groomers? An Empirical Analysis of Party Donations by the 100 Largest German Companies in 1984-2005.” This is a great article because it brings forth evidence from a European context on money and power of wealthy corporations.

What’s an older article or book in the field of politics and inequality that you like, and why?

I would mention Karl Polanyi’s The Great Transformation (1944). I like his book because of the historical analysis, but also because the problems he highlights from 20th century economies are still core issues in the political economy today. Much of his analysis on the consequences of the lack of counter-movements, i.e. the backlash of globalization, is relevant to the juncture in which the 21st century democracy now finds itself. If checks and balances are weak (i.e. institutions promoting democracy and political inequality) – which is often the case in democracies with very high economic inequality  — market forces will ultimately demolish the workers, money, and land that it relies on.

The interview was conducted via email by Joshua K. Dubrow, who also edited this piece, including the embedding of web links. This work was funded by the National Science Centre, Poland (2016/23/B/HS6/03916).